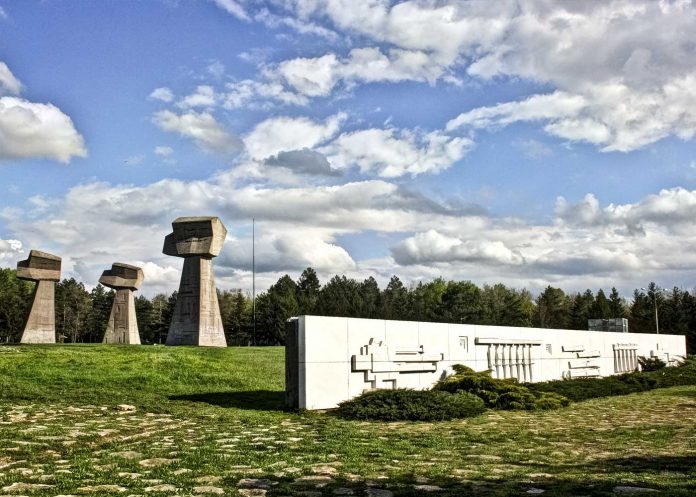 The hill of Bubanj, 3 km away from the city, was a place of mass executions of the prisoners from the Concentration camp in Nis during the Second World War. After the war, the execution site was transformed into a memorial park, with a monument in the shape of three clenched fists, symbolizing the resistence of men, women, and children who died on the location.

During World War II, German Nazis shot more than ten thousand residents of Nis and Southeast Serbia on Bubanj hill. According to testimonies of witnesses and the records of the War Crimes Committee, which investigated events at Bubanj after the liberation, it is estimated that more than 10.000 people were executed at this location during the war. Describing this horrifying place, the Committee stated that ditches had been found 20 to 50 meters long with human corpses, and there were several rows of victims in most of them, and there had been also evidence of burning victims in some of them. During the retreat, German succeeded to destroy almost all the documents about the concentration camp and the number of executed people at Bubanj.

There are many examples of defiance and courage during the transport to Bubanj and in front of the firing squad. One of the inspiring examples was a prisoner who raised his fist to heaven in front of the firing squad and saluted freedom that would come. This detail inspired Yugoslavian sculptor Ivan Sabolic to design the monument in the shape of three fists which stands today at Bubanj. This monument symbolizes resistance and keeps memory on the terror and human suffering.

Other monuments at the site

Not far from the monument “Three Fists”, there is a relief which illustrates suffering during the Second World War and the victory of freedom. There are also engraved verses of Ivan Vučković, a poet from Nis: “From the blood of Communists and patriots, fists of revolt and warning, fists of the revolution, fists of liberty. We were shot, but never killed, never subdued. We crushed the darkness and paved the way for the Sun.” Since 2004, there has been also a chapel within the complex, built out of glass and metal, a work of architect Aleksandar Buđevac from Nis.