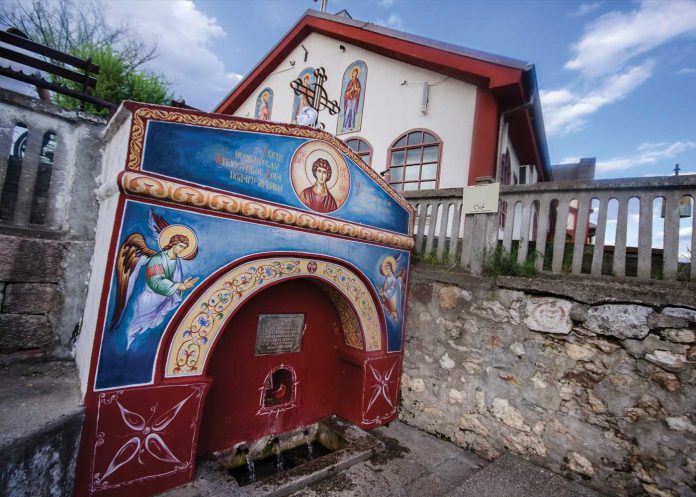 Tour duration from 4h to 5h

Orthodox Cathedral in Niš is the temple of the Serbian Orthodox Church, and is the third largest in Serbia. With the Peace of Paris in 1856, Turkey, under pressure from European powers, recognized the equality of Christians and Muslims, and after that the construction of the Cathedral began, according to the project of protomaster Andrija Damjanov. It is dedicated to the descent of the Holy Spirit – the Holy Trinity, and there are different styles in architecture: Serbian-Byzantine, Romanesque-Byzantine, Islamic, Western Baroque and Renaissance, which makes a turning point in Serbian architecture and creates national symbols. The construction of the Orthodox temple was completed in 1872, and the consecration was performed in 1878.

The Church of the Holy Emperor Constantine and Empress Helena it is dedicated to the Roman emperor, born in Niš and his mother Helena. Every June 3, the city of Niš celebrates the Orthodox holiday dedicated to St. Emperor Constantine and Empress Helena, so on those days, numerous religious, cultural and sports events are organized in the city. The central religious event – the holy hierarch’s liturgy and procession take place in this temple. The construction of the church began in 1999 according to the project of the architect Jovan Mandić. The church, with its architecture of the Raška school with two bell towers, dominates the Saint Sava Park.

The Church of St. Panteleimon was built in 1878, immediately after the liberation of Niš from the Ottoman Empire. Remains of the original church, built by the great prefect Stefan Nemanja, were found about a hundred meters above today’s temple. There are several springs of water around the church, which are believed to have healing effects. The old monastery church of St. Panteleimon was restored in the 12th century by Stefan Nemanja. He expanded the church, decorated the exterior and the interior, so that its appearance resembled other Nemanja’s endowments.

Latin Church is located near the Niš village of Gornji Matejevac, on a hill called Metoh. This is one of the oldest churches in Serbia, dating back to the time of Byzantine rule in this area. It was built between the 9th and 11th centuries, and was renovated in the 12th century, during the reign of the Byzantine emperor Manoel I Comnenus, who often stayed in Niš. The church is dedicated to the Holy Trinity and is popularly known as the Latin Church because of the Dubrovnik merchants, Catholics, who used it in the 16th century.